Get in touch
Back

Getting started with systemic design

A primer on thinking in systems and how to use the mindset to solve today’s complex, networked problems. 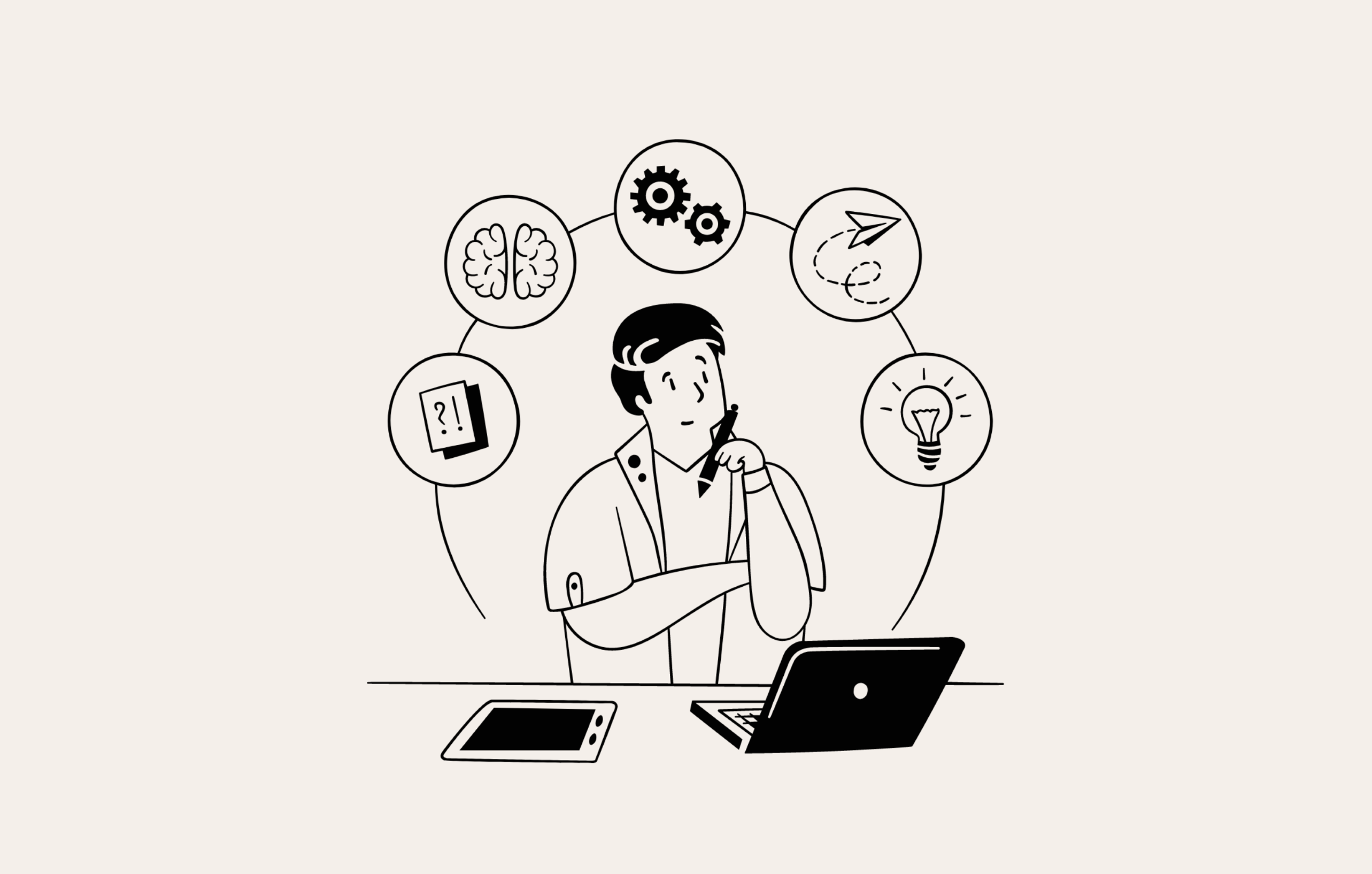 Generally, there are two types of problems: clock-like or cloud-like problems.

Clock-like problems are like making a chair or building an apartment. We know the parts required and how they need to fit together to deliver the solution. Yes, there will be some problem-solving, but the problem is relatively well-defined.

Cloud-like problems are ill-defined problems, also known as wicked problems. Some examples include increasing the birth-rate of a country or improving the quality of education in schools. You cannot take these problems apart and reassemble them. Like a cloud, you can only understand the system of factors involved and use them to influence the cloud. You cannot "fix" the cloud itself.

According to Wikipedia, systemic design “integrates systems thinking and human-centred design, with the intention of helping designers cope with complex design projects.”  Systemic design, therefore, integrates design thinking and systems thinking. Kristel Van Ael, designer and partner at Namahn and the lead author of the Systemic Design Toolkit, gave a thorough explanation when we had an #AMA with her in 2021.

A systemic design project may last for many months or even years and "output" may be a series of interventions that aim to influence the system.

A point to remember is that there is no endpoint when undertaking systems change. It is ongoing. You cannot "solve" the homelessness problem; you have to balance the influencing factors to reach desired outcomes. Like a cloud, these problems keep changing. Systems change is an infinite game.

You might suspect that systemic design is only useful in social change projects. Not true. Take a look a the two recent debacles in the digital world:

The truth of the matter is that we live in highly networked and dynamic times where even the seemingly clock-like projects have a heavy dose of the ‘cloud’ as implications ripple through the network.

A mindset is a view of the world that shapes your thoughts and beliefs. When we started learning about systems, it changed how we looked at clients, teams and projects. We could not, even if we tried, to see the world in any other way.

Seeing the forest for the trees

As designers, we often ignore the broader issues around the problem we face. We miss the forest for the trees. It might seem innocuous for small projects but can be wasteful in others.

Take the case of returning trays in food courts in Singapore. After several attempts to solve the problem, including one using a siren, the return rate is still low.

If you encounter such cases wherein several tries to solve the problem have failed, the chances are that you are looking at a systems-level issue. The factors that influence returning trays include history and culture, perception of manual work, eating time, eating spaces, crowds, etc. As you can see, it is hard for a quick fix to work. It might take a slew of aligned interventions at many leverage points over a long period to change this behaviour.

In a system, everything is connected. A forest is shaped by how its plants and animals interact with each other. And because the parts relate to each other, there are causes and consequences.

An often-told story in the systems design world is the "cobra effect" when a seemingly innocuous intervention leads to a change in incentives and creative people taking advantage of it. You can see examples of such unintended consequences everywhere (social media, anyone?).

Because everything connects to everything else, we have to be careful in seeing things as fixed. In the above cobra effect story, for a time, it seemed that the policy was working until it wasn’t.

In the digital world, we can see the difference between projects and products. A project has a fixed timeline and deliverables. There’s a clear definition of "done". However, product managers will tell you that a mobile app or a website is never done. It is always sensing and responding to changes. Is the Netflix website done? Netflix engineers deploy code thousands of times per day.

Using words from Simon Sinek, we can say that a system is an infinite game.

There’s never the "one" thing

You may have heard of the phrase, "it takes a village to raise a child". It is no different in systems. Many things need to come together to make the system healthy. There are no silver bullets.

The recent exuberance around digital transformation offers some clues. Some organisations think that having a social media platform is enough to be a digital leader. Nothing can be further from the truth. Transformation is about a change in what the organisation does and how it goes about doing it.

In addition to subscribing to a social media platform, you need the people, processes, tools, incentives and relationships with other departments to change as well.

These are some important concepts in systemic design:

System thinkers spend a lot of time framing the right question. Defining it too narrowly or broadly might not deliver the desired impact. Finding the right level of detail and granularity, however, will increase the clarity tremendously.

Let’s say there’s a street with many bars and pubs. Brawls and fights break out on most nights. It is natural to think of the situation as a policing problem. However, as Kees Dorst describes this case in his excellent book, Frame Innovation, the designers decided not to take a negative frame but to seek a positive frame. They realised that people get drunk at music festivals as well, but they all seem to have a good time here. Using this insight, they reframed their question from “How can we police more effectively?” to “How can we create an atmosphere like that of a music festival?” The reframing led to more creative and sustainable results.

Feedback loops are circular cause and effect stories between system forces and factors. For example, “If I add more money to my savings account, I will get more interest and this will increase my principal.”

There are two kinds of loops:

A system consists of many interlocking feedback loops. When we frame a problem, we are making choices on the feedback loops we want to study and nudge (and the ones we knowingly leave out).

A systems map shows how the different system forces and factors are connected. See, we told you that in systems thinking, everything connects with everything else!

If a feedback loop is a cause and effect story,  then a systems map connects several story points, just like the “choose your own adventure” storybooks.

The main objective of creating a systems map is to create a shared understanding of the problem space, how it connects and to see how we can improve the health and effectiveness of the system. We will go in-depth into systems map later.

It might seem daunting to look at let alone try to solve a complex systems map. But complexity has a solution. They are called leverage points. These are factors in a complex system that have an outsized influence on the system. Donella Meadows, who wrote the most influential article on leverage points, says it best:

[Leverage points are] “places within a complex system…” – be it a company, an economy, a living body, a city, an ecosystem, or even a galaxy for that matter – “…where a small shift in one thing can produce big changes in everything.”

In Singapore, like elsewhere, there is a growing need for more green mobility solutions. Electric vehicles offer a good option. However, it is tough for people to give up their combustion engines. The government plays its best leverage card: large cash incentives to purchase an EV. The incentives have an outsized effect on increasing EV adoption.

An intervention is a change that you introduce to improve the health or effectiveness of the system, ideally at a leverage point.

Just like in the design world, you first need to create a hypothesis of a change and then develop several ideas and test a few of them out. Instead of creating wireframes to test out ideas, you use the systems map to simulate and study the impact of the change. Only after you are confident that some changes have a good chance of working is when you go about building and implementing the change.

A map is a model of reality. However, the map is not the territory. It is a reduction of what it represents.

For example, the Singapore MRT map shows how to get from one location to another. It does not show the roads.

Similarly, there are many types of systems maps that focus on what you want to represent:

It is not the map, but the mapping that is more valuable. Sometimes this may be easy to miss and we may start building maps mechanically.

Once the map has stabilised (just a few changes taking place), it can be used to find points of leverage, some of which might lead to interventions. John Shibley has a practical paper on how to construct system maps one story at a time that is useful.

Just like in product design, there isn’t one universal systemic design process. We have found two processes that we like for their simplicity.

Kristel Van Ael is a pioneer in systemic design and along with her colleagues, she’s created the Systemic Design Toolkit. You can download and use the tools on the website for free.

Systems Practice by The Omidyar Group

The Omidyar Group represents the philanthropic, personal and professional interests of Pierre and Pam Omidyar. The organisation does a lot of work in the areas of social change. They use systems design to understand and solve systemic problems.

You can download their workbook on the process or sign up for the free Acumen course on Systems Practice.

You will notice many similarities between the two approaches. You can also see how they align with a product design process. It is all about framing the problem, gaining clarity by doing research, experimenting by building prototypes and then adapting by measuring the performance.

We hope this primer on Systemic Design has been useful. If you need help getting started, feel free to reach out at info@pebbleroad.com. 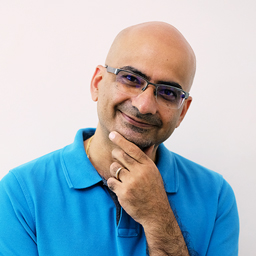 I enjoy helping organisations achieve their potential in an ever-changing and complex world. I lead product and transformation conversations.

Be the first to know when we share insights and host events with international experts.
Thank you! Your submission has been received!
Oops! Something went wrong while submitting the form. 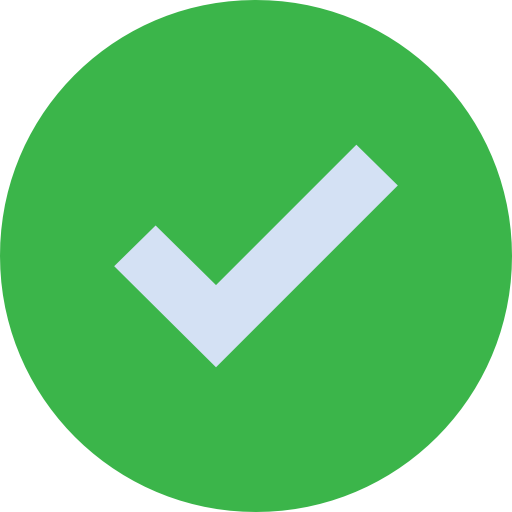 Thank you!
You've successfully subscribed.
Welcome to our community!
Oops! Something went wrong while submitting the form. 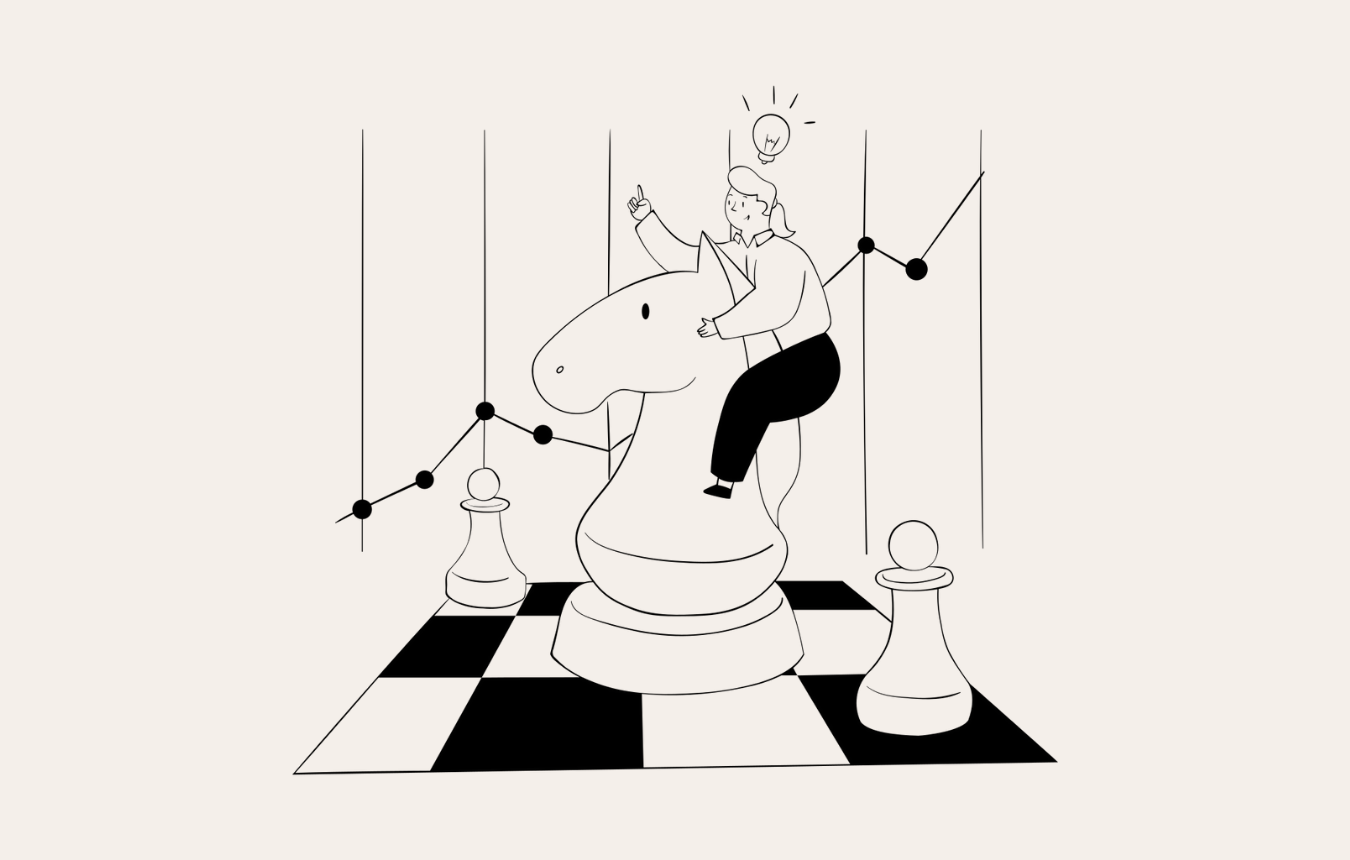 A guide to crafting a digital strategy to make winning choices 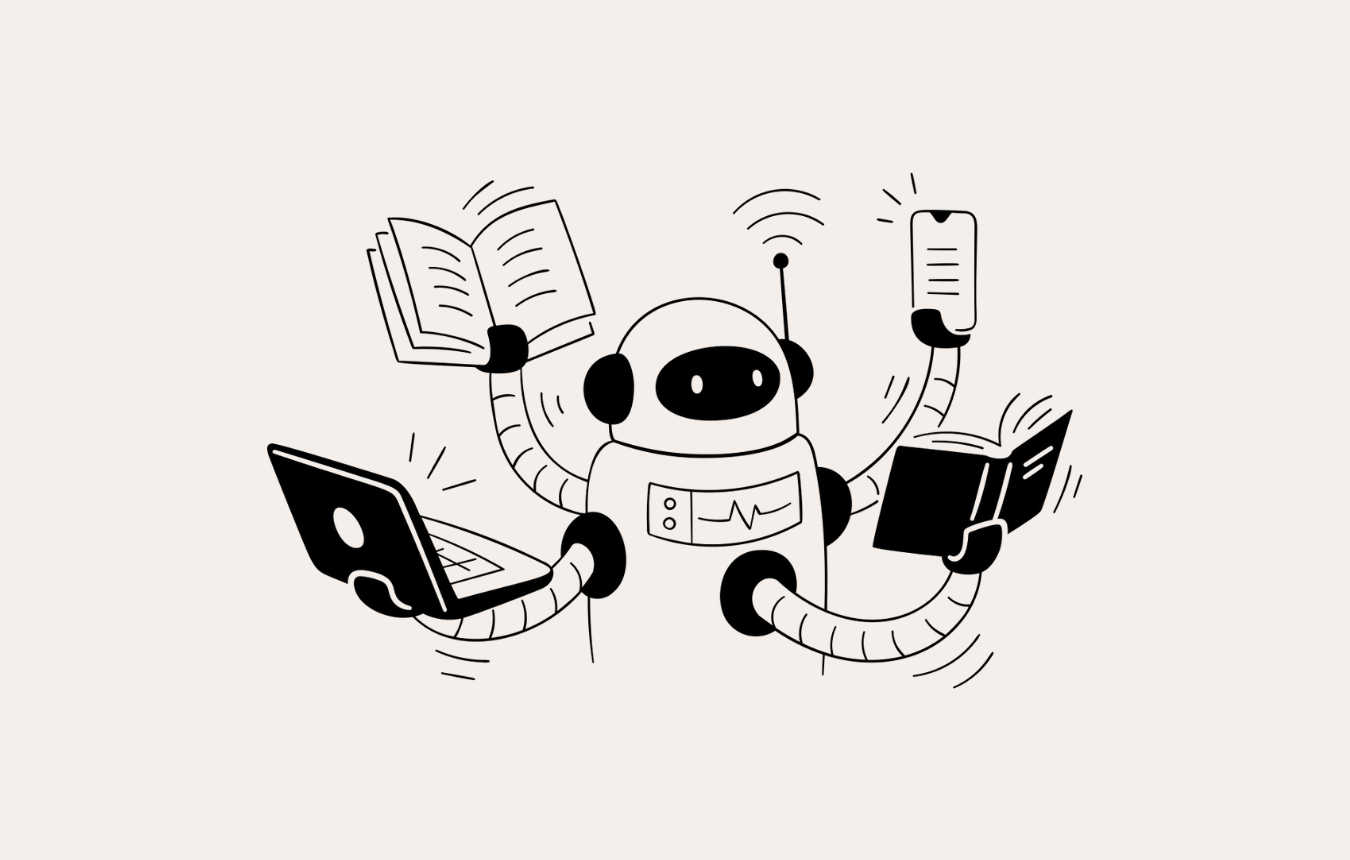 A guide to Business Process Automation